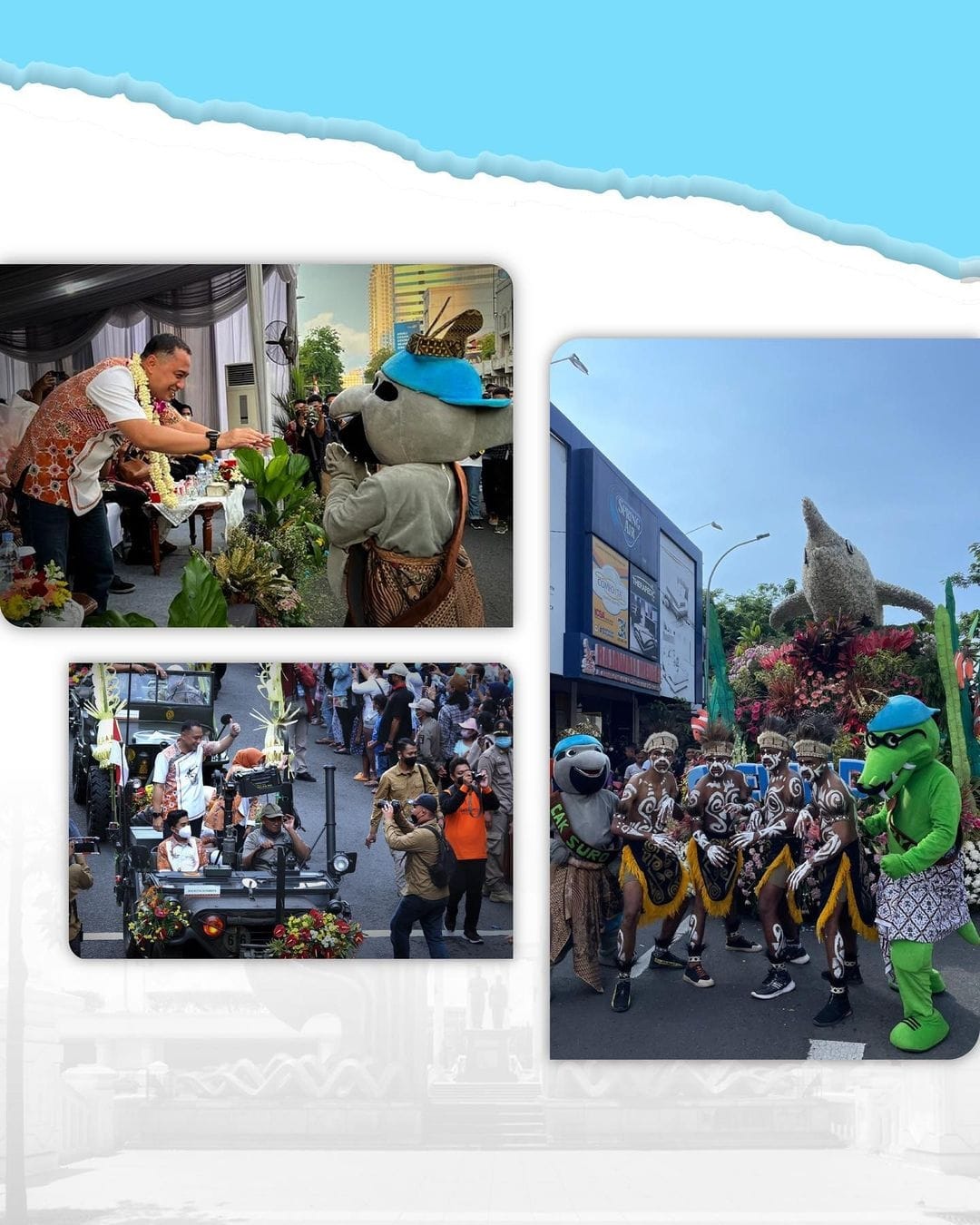 Pelindo group displayed a decorative float full with fresh flower arrangements, bringing the theme of marine life at the Flower Parade celebrating the 729th Anniversary of Surabaya. The figure of a large Marlin Fish stood proudly above the new Pelindo logo which was introduced after the merger of the largest maritime SOE in Indonesia.

Several beautiful dancers represented the cultures from Minang, Dayak and Papuan. They greeted the audience friendly during the carnival at the historical jalan Tunjungan. No wonder Pelindo decorative float won the "Golden Ticket" as the Best Performer.