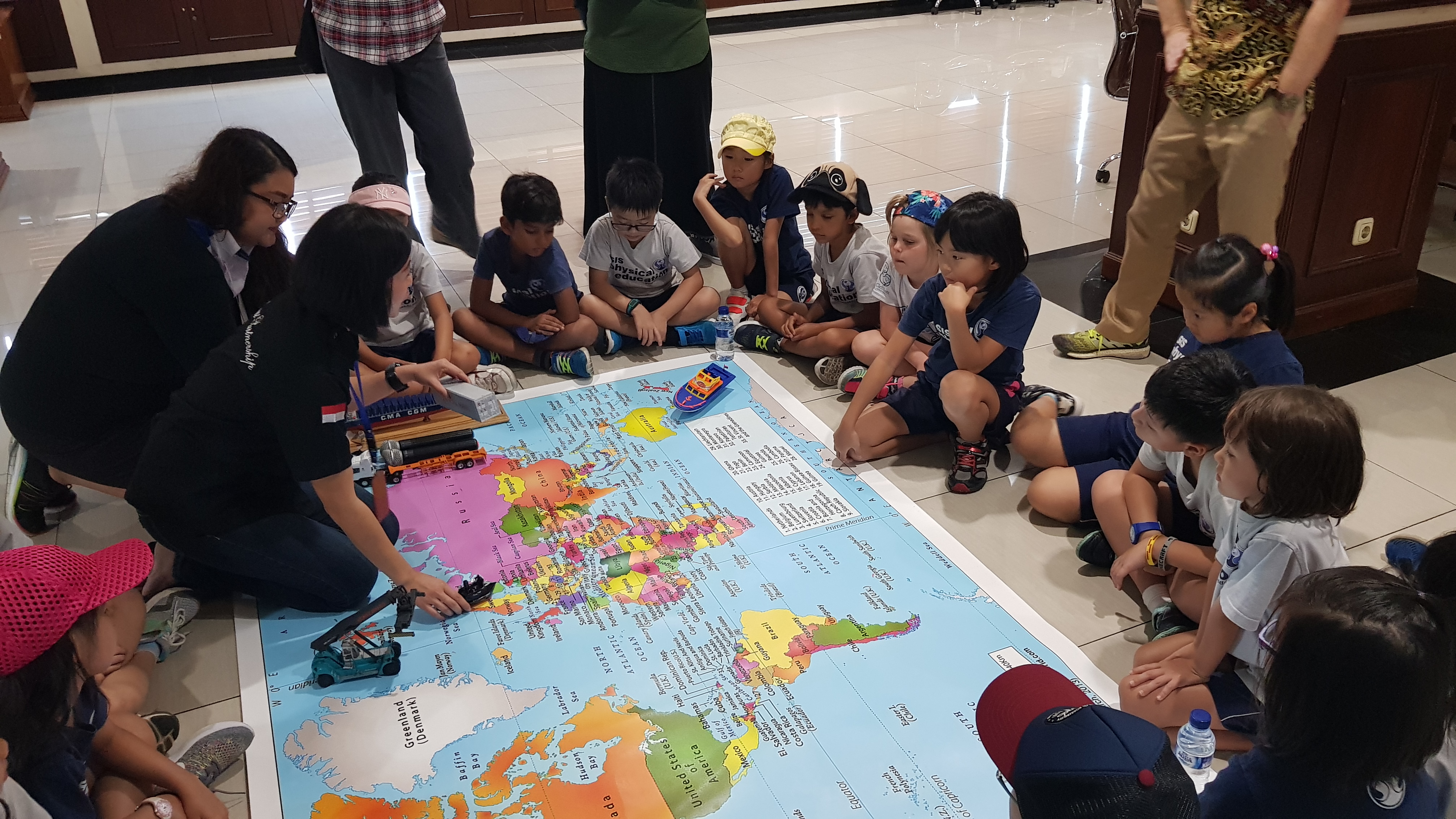 Thursday (5/4), unlike this time, the atmosphere of TPS office seems to be crowded with foreign citizens who are visiting on PT Terminal Petikemas Surabaya or TPS. The visit of  22 students of  Surabaya Intercultural School (SIS)  was received directly by PT TPS Operations Director Rodrigo Sanchez.

On that occasion, Rodrigo explained the general description of the Port to the children, where the Surabaya Container Terminal or PT. TPS is the gateway for deliveries of goods from / inside and outside the country.

"The clothes you use, gadgets or computers and all your needs, are sent / received to / from outside the island and even abroad using containers transported by ships, and dropped off at Surabaya Container Terminal," said Rodrigo.

The student of an expatriate's son seemed enthusiastic to listen and even answer every question which Rodrigo asked. Questions and phrases  thrown, a little girl from America, Riish, she asked whether the Titanic docked at Terminal Petikemas Surabaya.

The two TPS’s employees, April and Betsy, on the occasion also gave portraits to students, played Napo animated video, which in the video illustrates the importance of protecting themselves from harm by using Personal Protective Equipment (APD) such as helmets, vests and safety shoes.

After that they are also invited to travel around the world using props in the form of map media / map, toy-calluses and miniatures one of the loading and unloading tool that is Reach Stacker. Betsy and April provide an illustration of the rotation of sea freight by using the props, namely how the ship carrying many containers of goods, sailing in the waters of the world's oceans to or departing from the port at the Surabaya Petikemas Terminal.

Not only get the explanations indoors, they are also invited to go to the terminal to see the actual ship that is docked, see the pile of containers, and the loading and unloading tools at the harbor.

Head of Public Relation of PT.  TPS, M. Solech said that TPS will always be open to visits from schools and universities, "We will be happy to introduce the world of port to the young generation, because this is a form of our concern to the world of education, especially in Indonesia," said Solech.